We believe that our extensive programme of extracurricular activities is central to your education and to your enjoyment of Sixth Form life. As you have access to 3 different schools, you can take advantage of all the enrichment activities and social life that each has to offer, and make many new friends.

With so many activities on offer, you are bound to find something extra to take part in for fun and learning enrichment. There are many clubs and societies to join, ranging from sports to creative and performing arts, and we organise plenty of outings and visits to many places of interest. As well as field and study trips in the UK, destinations in recent years have included Florence, Paris, Barcelona and New York.

From the Hillsyde News, March 2007
An important part of the experience of senior students involves leaving behind the classroom and taking part in residential visits. This not only allows students to expand on what they do in school, but aid personal and social development in a host of ways. What happened on such visits is often remembered far longer than what happened in the classroom! At Hillsyde we are continually seeking to expand the number of opportunities on offer.

A number of residential trips have taken place during the Spring term. For example, fifty A-level Business Studies students went to Paris and Euro Disney on a tailored visit that included examining different business practices as well as seeing the sights, going up the Eiffel Tower and experiencing French ‘joi de vivre.’ Y11and Sixth Form Art students journeyed to Barcelona to visit its excellent art galleries and architecture while historians went on a residential visit to Rome to bring alive the Italian history that they have been studying. In addition, two Ski trips have taken place one to Chantel in France and one to Quebec in Canada.

Did the moon landings happen (or did the lizard men get there first)?

And by popular vote, the answer is… Yes, the moon landings did happen. 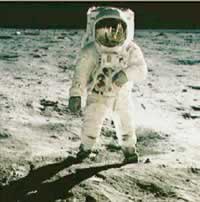 From the Hillsyde News, March 2007
On Monday 5 March, Dr Jon London gave a fascinating lecture to Hillsyde Year 10 students, parents and teachers about the moon landings. In particular, he discussed the belief held by some people that the landings never happened. Throughout the lecture, the audience were asked to give their opinions (through electronic voting devices) and the audience overwhelmingly concluded that the evidence tells us that the moon landings did happen.

Dr London was part of the British team competing for the X Prize, a competition to see who would be the first nongovernmental organisation to put people into space.

This lecture was held to launch the Hillsyde Federation support for Triple Science for Year 10 students. About 90 students from all three schools are part of this hugely exciting new project. Year 10 Science lessons will be supported by the development of engaging online materials, extra classes and a residential course. The next stage of this project occurs on Tuesday 17 April, when the students will visit Imperial College (world renowned for its excellence in Science) to use their laboratories.

Well done to all staff involved with this project and in particular well done to Matthew Rees for leading and coordinating so effectively.

This Triple Science project is a wonderful example of the benefits available to students when the three schools work together as the Hillsyde Federation.

From the Hillsyde News, March 2007
Hillsyde Business Studies students have just returned from a four day trip to Paris. The party of 50 students from across the federation were based in the Euro Disney resort. They were given the opportunity to join business students from all over the UK to watch various presentations from a wide rage of speakers. The visit of course included a fun day out in the theme park and the Warner Studios. The students also experienced a cultural day in the centre of Paris which ended with a meal in the Eiffel Tower and a trip down the river Seine to view Paris by twilight.

Here are some responses from a few students:

From the Hillsyde News, March 2007
Around 160 of our Y12 AS level student attended the Higher Education Fair at Crystal Palace on Wednesday 7th March where they interrogated university staff on such matters as course entry requirements and student finance. This is one of our stages in preparing student for applying to university during the next Autumn Term. It will be followed by a number of university visits and a ‘UCAS’ week in June. Y13 students have now received all of there offers including one student who has been accepted at Cambridge University to study Natural Sciences and another who has been accepted to study Veterinary Science. This follows on from our success last year of having two going to Oxford University to study Mathematics and one student going to Cambridge University to study Social and Political Sciences.